woke up this morning with a pain in my head

thought feeling like this I'd be better off dead 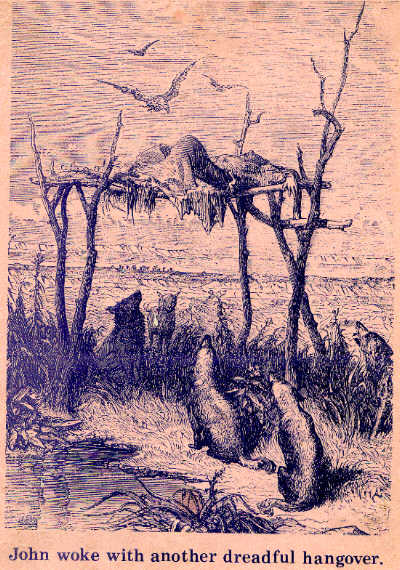 felt even worse when I fell out of bed

looked in the mirror my eyes were all red

went for a walk but my legs were like lead

somebody said they'd heard that one before

do you mean to say you won't drink any more

why not go to the pub for a hangover cure

have a hair of the dog if your head's feeling sore

[image & caption taken from a postcard

by Willi Kerr ~ thanks Willi!] 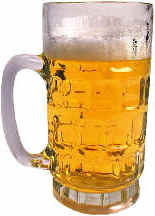 " And what of the psychology of alcoholism and alcohol use? Is there a gestalt of alcohol, and if there is, then what are its characteristics? I have implied that alcohol is the dominator drug par excellence. Alcohol has the effect of being libidinally stimulating at moderate doses at the same time that the ego feels empowered and social boundaries are felt to lose some of their restraining power. Often these feelings are accompanied by a sense of verbal facility (ordinarily out of reach. The difficulty with all of this is that research findings suggest these fleeting effects are usually followed by a narrowing of awareness, a diminishing of ability to respond to social cues, and an infantile regression into loss of sexual performance, loss of general motor control, and consequent loss of self-esteem."

Food of the Gods)

"We know that alcohol is responsible for a high proportion of our traffic accidents, our crimes of violence, our domestic miseries; and yet we make no effort to replace this old-fashioned and extremely unsatisfactory drug by some new, less harmful and more enlightening mind-transformer."

[NB to hear embedded sound enable audio in your browser]