Some preliminary thoughts on Labour’s defeat in the 2019 British Election. 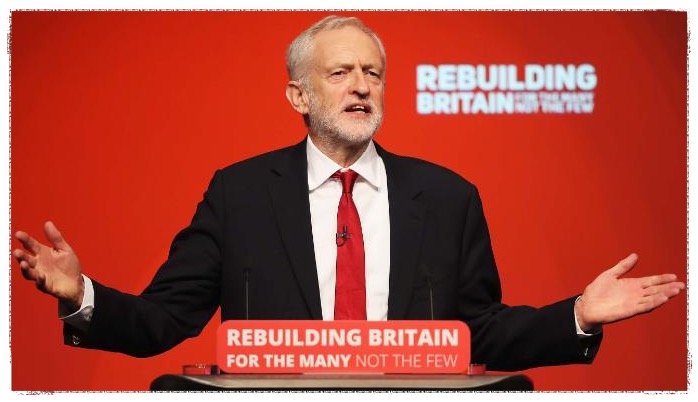 It was not about Brexit per se but the way the “Media”* explained or failed to explain properly & clearly Labour’s simple, reasonable, balanced & democratic position on it.
[*by which I mean so-called Mainstream Media (MSM) ie the Press (National newspapers, owned by billionaires) & the BBC & ITV etc]
The Media, defined as above, took an overwhelmingly pro-Tory stance. There is academic research providing evidence of this chronic bias going back to the ascension of JC as Labour leader. It was in their interests to obfuscate, misrepresent & criticize Labour’s actual approach to Brexit & Corbyn’s role as an impartial umpire or honest broker in it, wishing to unify rather than polarise this nation’s populace.
One important reason for Labour’s defeat was that the Media conducted a 4 year long partisan campaign of vilification against JC.
Voters were primed (brainwashed, conditioned) not to like him, on a daily basis for 4 years.
When asked, most could not define why. When pressed they might regurgitate one of the spurious attack lines against him, eg he was an IRA sympathiser - instead of explaining that he was a peacemaker, whose pioneering efforts to establish political dialogue in Ireland led to the Good Friday Agreement.
(Same is true, when Hamas etc is referred to, in attacking him)
The vicious, coordinated & unjustified campaign anti-semitism smears against a life-long anti-racist in Corbyn has been well-documented. Such headlines couldn’t help but have a damaging effect on public perception of him. By contrast, an actual racist & anti-semite, Boris Johnson escaped any meaningful scrutiny, investigation or denunciation for his serious failings in those issues, (for instance, his 2004 novel, 'Seventy-two Virgins', was blatantly anti-semitic.)
They attacked the man because they couldn’t denounce Labour’s policies, as laid out in their manifesto, except by putting forward the predictable, standard Tory accusation about “reckless” spending, failing to explain the concept of investment in infrastructure etc. This from a Tory government, who despite years of cuts and austerity, managed to increase the national debt.
Even on Election day itself, vans with large scare-mongering posters asking “would you trust this man with your children” appeared outside schools & polling stations in many locations around the country.

The prolonged & well-financed media campaign (partly funded by BBC Licence Fee payers) was very successful, delivering a landslide victory to the Tory Party, whose record for the last ten years has been so abysmal & whose manifesto for the next parliament is so threadbare.
Reform & regulation of said Media (see * for definition) is imperative. However, there is one major problem preventing this & therefore perpetuating the unfortunate status quo. Only a socialist government is likely to attempt such reform & regulation. A socialist government probably won’t be elected (for reasons outlined above) until such reform & regulation is undertaken. Now that’s a classic Catch-22 situation. How we overcome it is another question.
It’s possible that Labour might have won under Proportional Representation. Therefore Electoral reform is another urgent priority in bringing about progressive change.
I hope the Labour Party will take this onboard. We should be aware that if the next leader we elect is also a socialist, s/he will likewise be subjected to a sustained campaign of Media vilification, with similarly predictable results. Electing a non-socialist, who would be given a fair hearing by the Media, is obviously not a satisfactory outcome, as Tory-lite isn’t something worth fighting for or wasting our precious time with: it would merely perpetuate the unfair status quo.