"For all men being originally equals, no one by birth could have a right to set up his own family in perpetual preference to all others for ever, and though himself might deserve some decent degree of honors of his contemporaries, yet his descendants might be far too unworthy to inherit them. One of the strongest natural proofs of the folly of hereditary right in kings, is, that nature disapproves it, otherwise she would not so frequently turn it into ridicule by giving mankind an ass for a lion.

Wasn't the argument won a long time ago...?

So, why do we still tolerate this so-called 'Royal' family?

Beyond Satire, such an idea reaches the realm of absurdity where the notion of Monarchy itself properly resides.

This idiotic information was taken from a list of 80 fatuous facts about 'Her Majesty'  revealed in a desperate attempt to dispel indifference at her 80th Birthday this year (2006) - though, unlike mere mortals, the regal She has 2 birthdays, an actual one on 21 April & an 'official' one on 17 June!! You couldn't make it up, except that's precisely what they did... 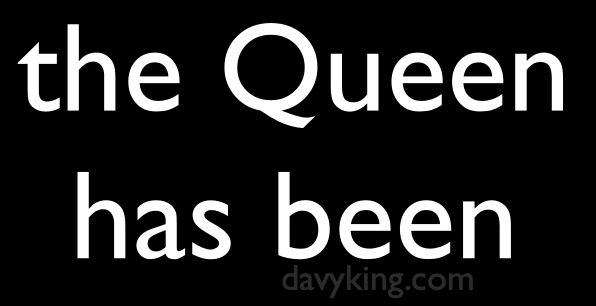 THE NEXT GENERATION BODES NO BETTER:

PPS -  Prince Andrew pays a reported £12 Million to the young woman he allegedly sexually assaulted when she was only 17.

"Monarchy is only the string that ties the robber's bundle." - Shelley

"And down with all kings but King Ludd!" - Byron