Hurtling at High Speed towards Extinction? 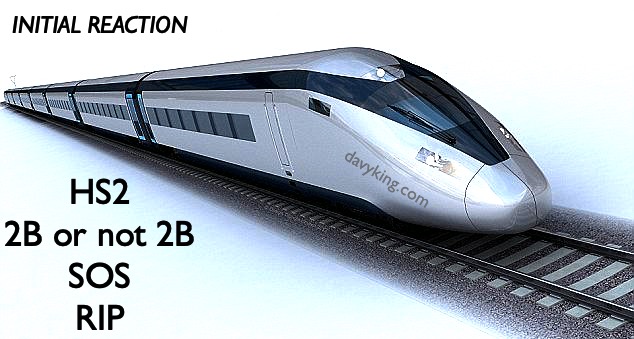 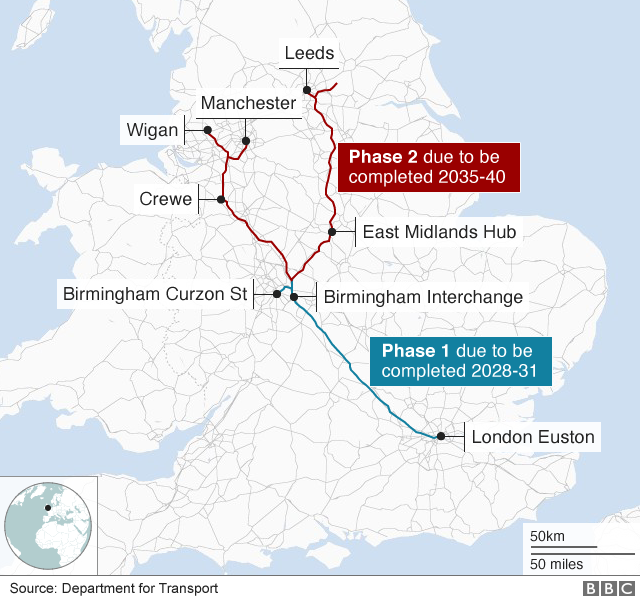 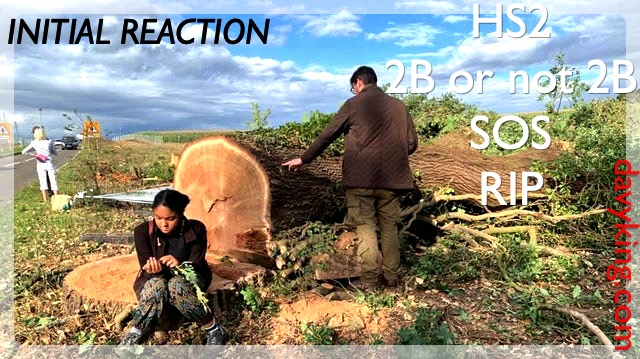 "The Woodland Trust states that 108 ancient woodlands will be damaged due to HS2, 33 sites of Special Scientific Interest will be affected and 21 designated nature reserves will be destroyed. In England, the term "ancient woodland" refers to areas that have been constantly forested since at least 1600; such areas accommodate a complex and diverse ecology of plants and animals... According to the Trust, 56 hectares (0.6 km2) are threatened with total loss from the construction of Phases 1 and 2. Rare species such as the dingy skipper, barn owl, and white clawed crayfish could see a decreased population or even localised extinction upon the realization of the project."  - Wikipedia

This at a time of Climate Emergency, Global Mass Extinction & Catastrophic Environmental Breakdown.

To shave minutes from a train journey for rich business people to  hurtle further north  (as if they have to meet in "meat-space", rather than merely virtually to do business).

Costing billions of Łs of tax-payers' money (& it won't come in under budget, will it?)

Saplings they promise to plant are no replacement for 300 year old Oaks.

Funnily enough (but not really amusing), the sections of track to Leeds & Manchester are referred to as 'Phase 2b'!

Going off the rails...

See these photos of now dead trees from the proposed route: 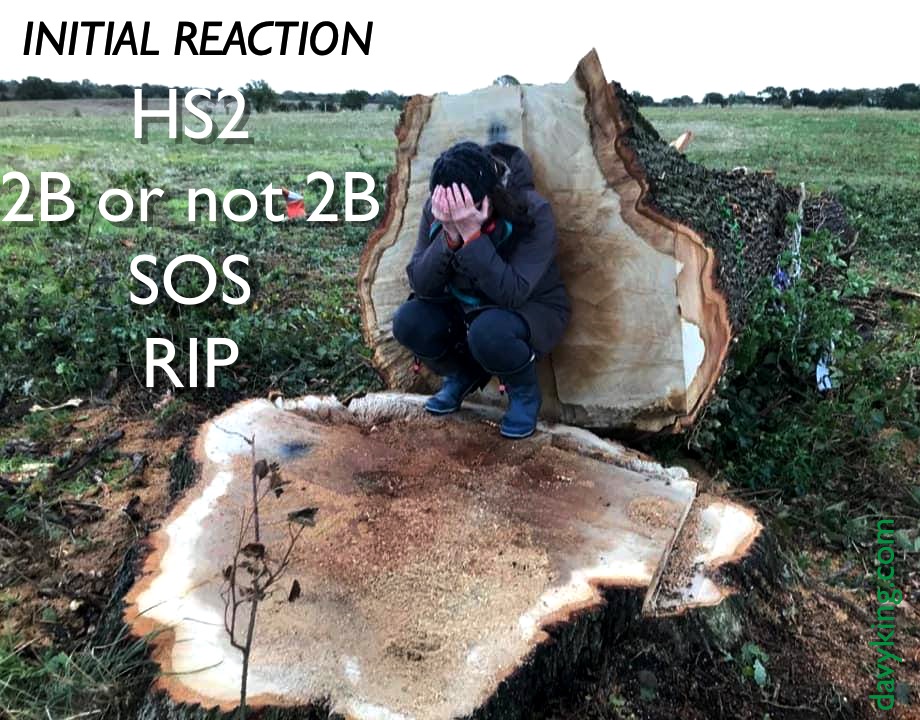 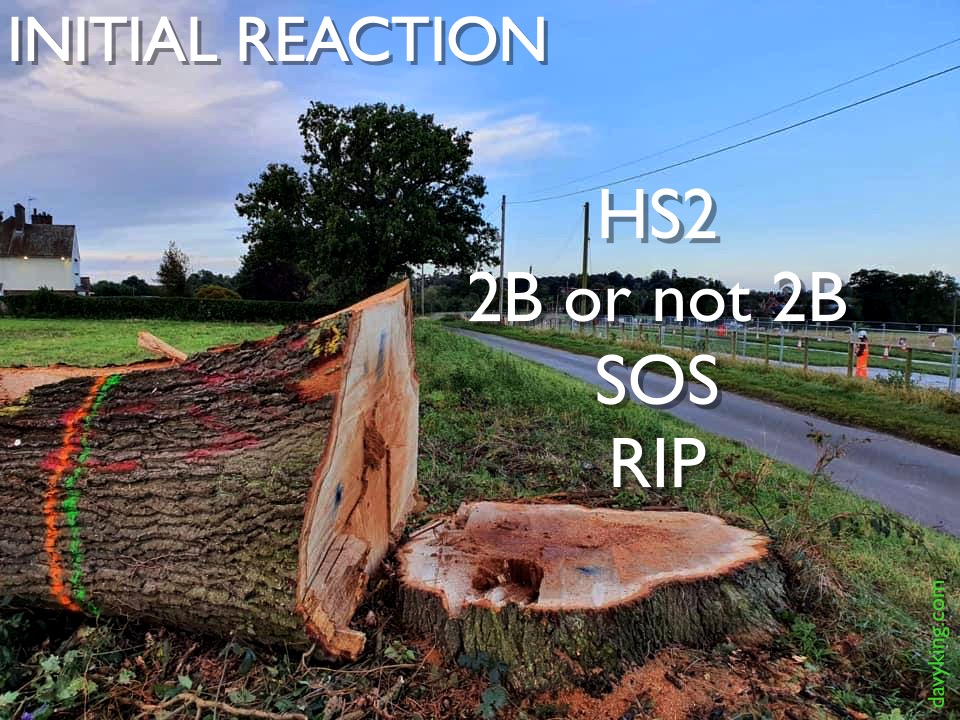 Weep at the way we are inflicting such gross, unnecessary harm on Mother Earth. 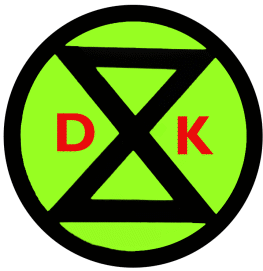