The Royal We, that is I, Yours Truly

asked my artistic alter ego or persona, why Kamikaze Bard?

Later that day, self-described Kamikaze Bard, with whom I am not always on talking terms, emailed me this expansive reply:

Let me share these tentative notes towards an explanation.

I came up with the name or title, or it came to me, circa 1981ľ . I was going about my usual unpaid business, just performing my poetic work from time to time, as a budding bard might typically do. It arrived in a flash of inspiration, gift of my ravishing Muse:.

Interestingly, in light of what follows, the word inspiration etymologically refers to breathing in, but where was I?

Autobiographical aside, location-wise, I was in my rented room in Goldenacre, Edinburgh, recuperating after a particularly strenuous performance no doubt. In that realm of activity (presenting my writing to an indifferent public), I wanted to be noticed, to have an impact. That was my approach to what used to be called "poetry readings." To that end, I used costumes, props, mime, different dramatic voices, & so forth, while delivering my hopefully soon-to-be immortal lines, (words witty & wise, of great pith & moment? That is for you, gentle reader, to judge) with the undisguised intention of keeping the audience awake, entranced, entertained. Would have been waste of time to do otherwise, don't you think?

As a member of the post war (2nd World one that is, suppose I must be specific as there are so many to choose from), so-called baby boomer generation, having grown up with tales of  the destructive derring-do of suicidal Japanese pilots, the word & concept of Kamikaze was, of course, familiar to me. Indeed, I had written about it (here) many years previously, before adopting the descriptive title for my performance persona. When I mentioned wishing to make an impact, I meant it metaphorically. Definitely not advocating physical violence of any kind, adhering as I do to the Gandhian ideal of Ahimsa. The astute might notice my little homophone, intentionally a pun, Kamikaze BARRED!

Beyond that, however, as I took a keen interest in Japanese culture, I knew that etymologically the word had many other connotations:

Kamikaze (神風) means "divine wind" or "spirit wind," in my mind connected to the notion of inspiraion & holy spirit.

The japanese word Kami  神 can refer to, or has connotations of:

According to that veritable & venerable mine of information, Wikipedia, the word originated from Makurakotoba (pillow words) of waka poetry and has been used since August 1281 to refer to the major typhoons that dispersed Mongol-Koryo fleets who invaded Japan under Kublai Khan in 1274.

So, am delighted that from its very origins, there is a poetic connection.

“Kami (Japanese: 神, [kaꜜmi]) are the spirits, phenomena or "holy powers" that are venerated in the religion of Shinto.

“In Shinto, kami are not separate from nature, but are of nature, possessing positive and negative, and good and evil characteristics. They are manifestations of musubi, the interconnecting energy of the universe, and are considered exemplary of what humanity should strive towards.

“Though the word kami is translated multiple ways into English, no English word expresses its full meaning. The ambiguity of the meaning of kami is necessary, as it conveys the ambiguous nature of kami themselves.

“Kami are an ever-changing concept, but their presence in Japanese life has remained constant. The kami's earliest roles were as earth-based spirits, assisting the early hunter-gatherer groups in their daily lives. They were worshipped as gods of the earth (mountains) and sea. As the cultivation of rice became increasingly important and predominant in Japan, the kami's identity shifted to more sustaining roles that were directly involved in the growth of crops; roles such as rain, earth, and rice. This relationship between early Japanese people and the kami was manifested in rituals and ceremonies meant to entreat the kami to grow and protect the harvest.

“In the ancient animistic religions, kami were understood as simply the divine forces of nature. Worshippers in ancient Japan revered creations of nature which exhibited a particular beauty and power such as waterfalls, mountains, boulders, animals, trees, grasses, and even rice paddies. They strongly believed the spirits or resident kami deserved respect.” 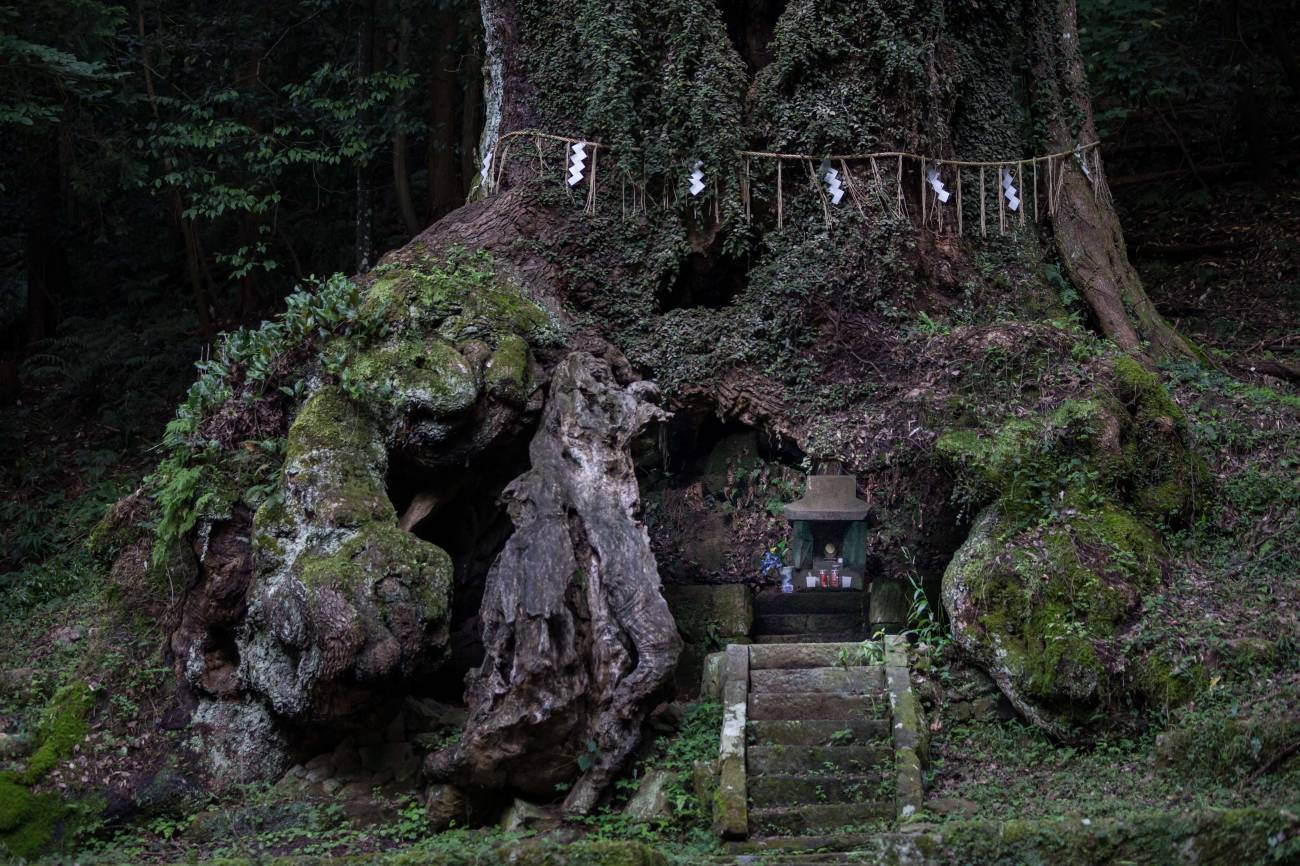 (Sacred Tree of Takeo Shrine, said to be over 3000 years old,

a camphor tree, & the 7th largest tree in Japan.

in my role of Kamikaze Bard, even imitated one in my act!)


“Kami are the central objects of worship for the Shinto belief. The ancient animistic spirituality of Japan was the beginning of modern Shinto, which became a formal spiritual institution later, in an effort to preserve the traditional beliefs from the encroachment of imported religious ideas. As a result, the nature of what can be called kami is very general and encompasses many different concepts and phenomena.

“Some of the objects or phenomena designated as kami are qualities of growth, fertility, and production; natural phenomena like wind and thunder; natural objects like the sun, mountains, rivers, trees, and rocks; some animals; and ancestral spirits.

“There are other spirits designated as kami as well. For example, the guardian spirits of the land, occupations, and skills; spirits of Japanese heroes, men of outstanding deeds or virtues, and those who have contributed to civilization, culture, and human welfare; those who have died for the state or the community; and the pitiable dead. Not only spirits superior to man can be considered kami; spirits that are considered pitiable or weak have also been considered kami in Shinto.”

So am not necessarily being grandiose in referring to myself fictively as a Kami!

“Although the ancient designations are still adhered to, in modern Shinto many priests also consider kami to be anthropomorphic spirits, with nobility and authority. One such example is the mythological figure Amaterasu-ōmikami, the sun goddess of the Shinto pantheon. Although these kami can be considered deities, they are not necessarily considered omnipotent or omniscient, and like the Greek Gods, they had flawed personalities and were quite capable of ignoble acts. In the myths of Amaterasu, for example, she could see the events of the human world, but had to use divination rituals to see the future.”

As you will notice, if you have been paying attention (oi, you there at the back), in his profuse poetic output (perhaps self-disparagingly referred to as Vaudeville Verse, though the aim is to give it accessible popular appeal), Kamikaze Bard does indeed 'see the events of the human world' & goes on about them in no uncertain terms, characteristically involving alliteration, assonance, rhyme & stanzaic form, in pursuit of satirical excellence, 'telling the truth with a laugh' as Horace put it.

I mentioned my Muse earlier. When I was flirting with, even seriously dating Tibetan Buddhist female tantric deities, I imagined she might be the truly lovely Sarasvati (vide above), now in  this Nipponese context, it occurs to me she could be Benzaiten, Benten for short, a female kami to Shinto. Mythologically, she is one of the "Seven Lucky Gods," (with the distinction of being the only female in the group, therefore, more accurately, a  Goddess) as such she is patron(ess) of artists, writers, dancers, and geisha, among others. 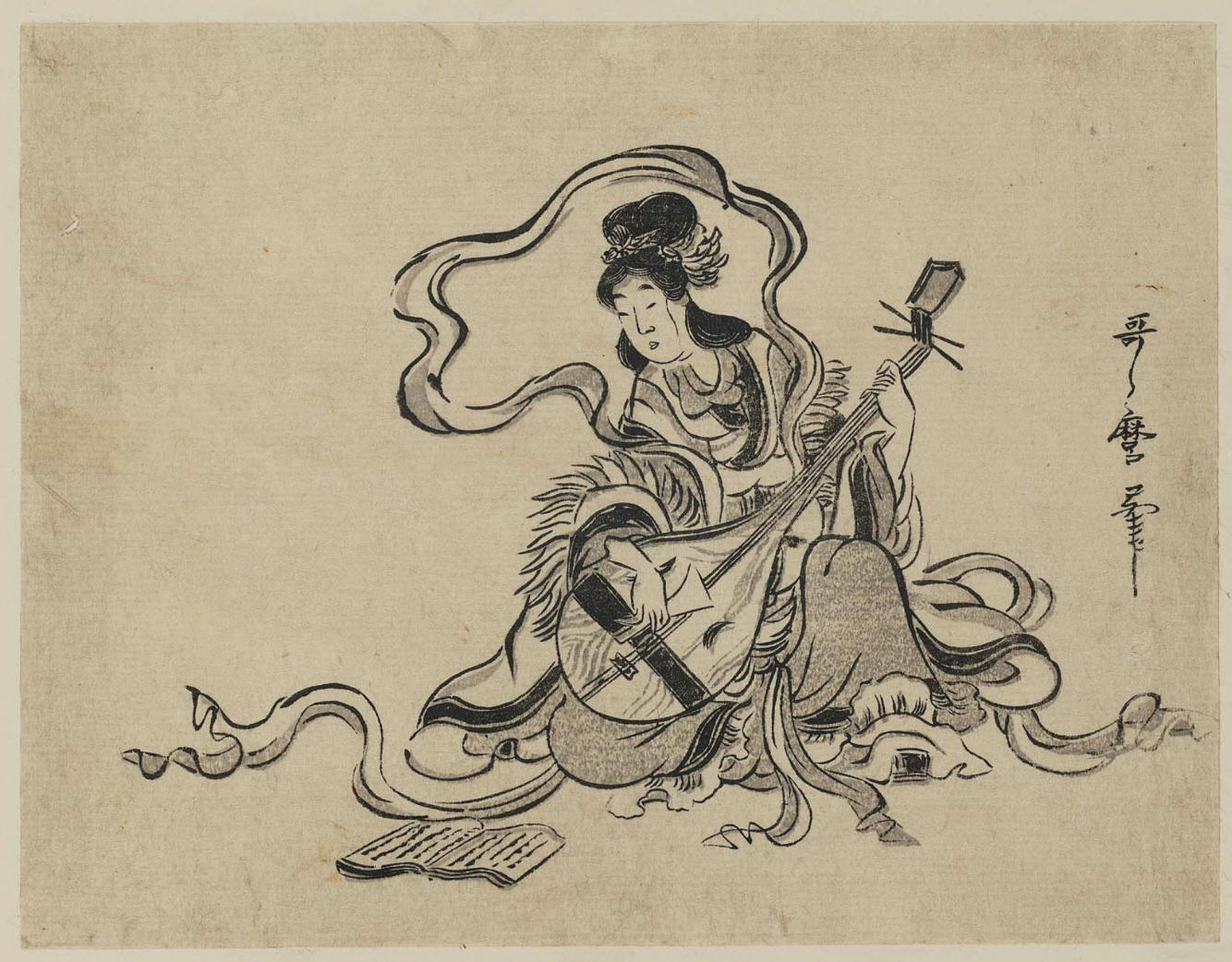 Talking of patron(esses), I was born on St Lucy's Day. Young Lucia, a Christian Martyr & Catholic Saint, is Patron(ess) of writers among many other professions. She could be another Muse I guess. 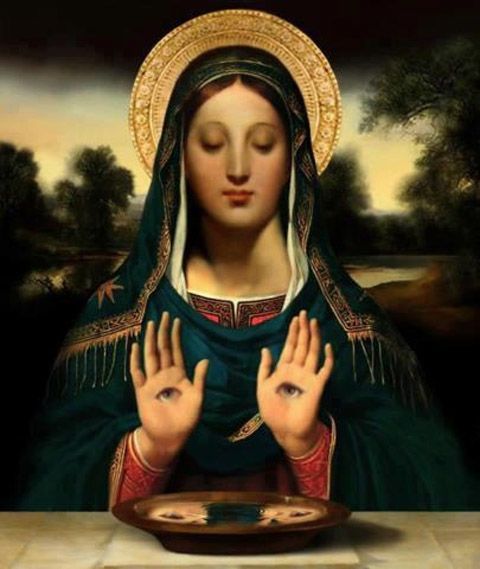 Enough about Muses & Patron(esses).The main topic under consideration is Kami.

If you're really interested & aspire to become a hardcore Kami-nerd, you can go to the horse's mouth itself as it were & read on in Wikipedia to your heart's content or until intellectual repletion. I'd prefer you to linger here longer, exploring the diverse pleasures of this hypertext at leisure.

Kaze (風) is the Japanese word for wind, not to be confused with kharzi or kazi, which is British  slang, [a variant of carsey, from euphemistic Cockney corruption of Italian casa (“house”), possibly via Polari and Sabir] for a lavatory or toilet, a place or fixture used for urination or defecation. Can be used figuratively, as in 'Well, that plan's down the khazi'. Apparently the term is now most commonly used in Liverpool, some distance from its Cockney origin.

Funnily enough, I named this pungent piece I wrote about farting, An Ill Wind. Here is some more toilet humour. And mustn't forget my magnum opus: "The BUM - an Investigation into Anatomic Weapons", a satirical prose piece about war, which has a poetry of its own.

Wind doesn't, of course, merely refer to a bad case of indigestion. Anything from a slight, refreshing breeze to full-blown gale, hurricane, typhoon, cyclone, whirlwind etc might be implied. As we know, weather is becoming increasingly extreme at this time of Climate Change.

In performance as Kamikaze Bard, I gave my ‘all’. Taking a deep breath in, inhaling fully, inspired by that divine or spiritual ‘wind’ (air sometimes polluted with tobacco smoke in those far off days, & car exhaust fumes in al fresco festivals), I did my damnedest, blessed best like those possibly deranged, die-hard (or should that be die-easy) psychopathic pilots, but in a more positive, pacific, life-affirming & enhancing way. I do so now, as much as possible, on the page.

Abrupt end of email, signed only with a cryptic

(I'd guess it was meant to show affection for Extinction Rebellion - always such a Rebel that K.B.)

Some other relevant links


"A Shinto shrine (神社, jinja, archaic: shinsha, meaning: "place of the god(s)") is a structure whose main purpose is to house ("enshrine") one or more kami." (Wikipedia)

In case you're already bored, will get on to BARD another time! Follow those hyperlinks, folks. One thing leads to another & everything is interconnected.

[I make my work freely available to one & all. Share as you like, with an acknowledgement. If you find this page interesting, entertaining or useful (choose whatever epithet you think fits), please consider making a donation via PayPal here.

This entire large website has been a real labour of love by Yours Truly. I don’t get paid & have to cover all running costs out of my own small pocket. Am in the proverbial starving (at least slightly peckish) artist in a garret situation. Give what you can. Thanks. Happy to gratefully name check any contributor, unless you prefer to be an anonymous donor.]